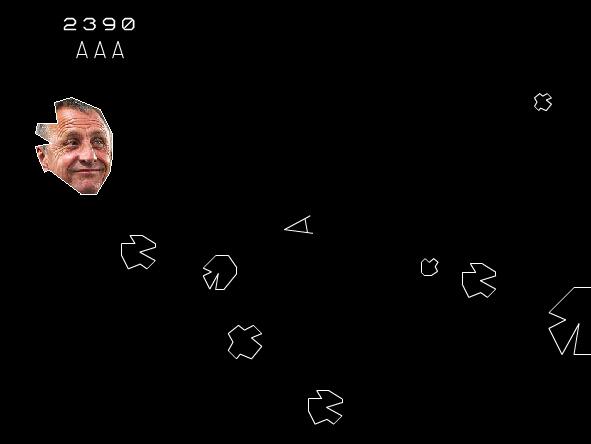 The asteroid was originally named ‘14282’ when it was discovered by Dutch astronomers back in the 1960s but now, thanks to Koppeschaar’s fine work, the completely inconsequential piece of space rock will be forever known as ‘Cruijff’.

The planetoid has a diameter of about nine kilometres and takes five years, three months and 18 days to ‘Cruyff turn’ around the sun.

The former Barcelona great now joins an elite group of players to have celestial bodies named after them, with Czech striker Josef Bican and Hungarian virtuoso Ferenc Puskas also seeing asteroids named in their honour.