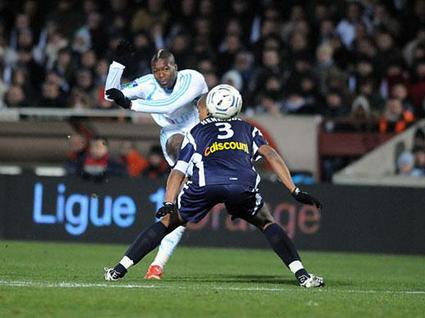 Champions Lyon followed last week’s defeat at Caen with a disappointing 0-0 draw at home to Nice. They maintained their four-point lead at the top of Ligue 1 though as second-placed Nancy also drew 0-0 at Strasbourg.
At the other end of the table Metz’s situation looks increasingly dire. Their 1-2 defeat at home to second-bottom Sochaux leaves them nine points adrift at the foot of the table.