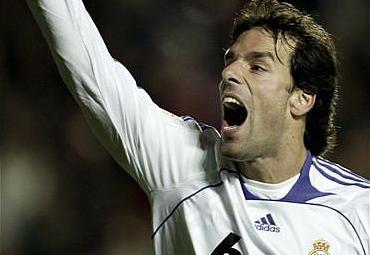 Table-topping Real Madrid beat bottom-side Levante 0-2 courtesy of a late Ruud van Nistelrooy brace. The Dutchman broke the deadlock with a 76th minute penalty and added a second goal three minutes from time. Barcelona ensured they didn’t fall any further behind than the seven point they already trail the champions by with a 4-0 thrashing of Murcia.
Third-placed Espanyol dropped to fourth after defeat to mid-table Almeria, while Atletico Madrid leapfrogged them with a 1-0 win over Valencia.

Valencia’s Ever Benega finds his unfortunate ears are at least useful for keeping his hair out of his eyes. 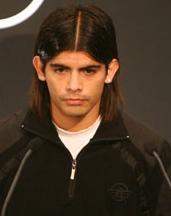