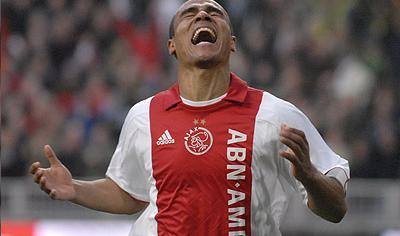 Ajax marked their intentions for 2008 with a 6-1 victory over AZ Alkmaar, but PSV still hold a three-point lead over them at the top of the Eredivisie. PSV won 0-1 at Feyenoord, a result which allowed Ajax to leap-frog Feyenoord and move up to second.
Elsewhere, bottom-club Excelsior suffered heartbreak when a last-minute winner for high-flying FC Groningen cost them a priceless point. The match ended 3-2.

Roll up, roll up. Eredivisie highlights – get them while they’re still hot.

PSV players finally work out how to retrieve the elusive ball that has been sat on top of the dugout for some time. 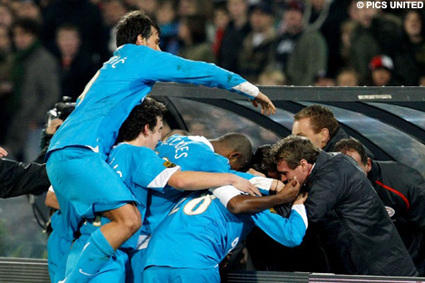