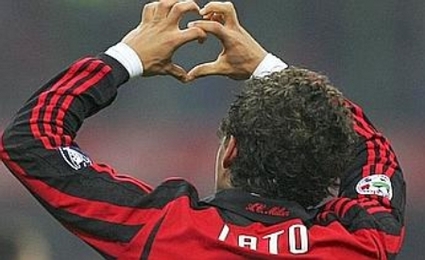 The Duck has landed. Brazilian sensation Alexandre Pato scored on his debut for AC Milan, grabbing the fifth goal in a 5-2 thrashing of Napoli. While this might offer Milan fans hope the future, it doesn’t help them a great deal in the short-term. They are still 12th in the Serie A table and remain 25 points behind table-topping city rivals Inter Milan.
Inter won 2-3 away at Siena thanks to Zlatan Ibrahimovic (two) and Esteban Cambiasso. Third-placed Juventus needed a last-minute Alex Del Piero penalty to sneak a point from their game at Catania.

Highlights from the weekend’s Serie A action.

And because Pies has a Kevin Keegan flavour today, here is KK shaking hands with Dino Zoff as he prepares to skipper England against Italy. 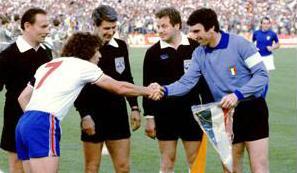