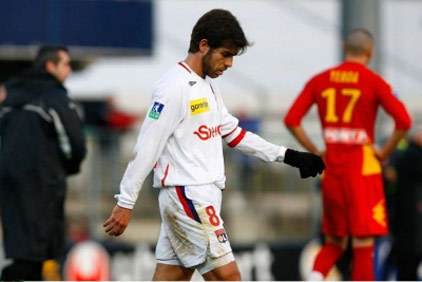 Champions Lyon blew away the Christmas cobwebs with a 3-2 win over Toulouse. Hatem Ben Arfa, Juninho and star striker Karim Benzema – who has not left the club despite an anticipated scramble for his signature during the transfer window – were on the scoresheet to secure victory. And as nearest rivals Nancy could only muster a 0-0 draw against Caen, Lyon extended their lead to six points. Unfortunately for Lyon they took the shine off their league performances by getting knocked out of the League Cup with a 1-0 defeat to Le Mans (hence Juninho looking a little sorry for himself above).
Elsewhere in Ligue 1, Paris St Germain recorded their first home win of the season with a 3-0 victory over Lens. Bottom-club Metz picked up a point at Lille but still look dead and buried as they sit 11 points adrift.

This is why a lot of Europe’s top clubs would like to get their grubby hands all over Karim Benzema. 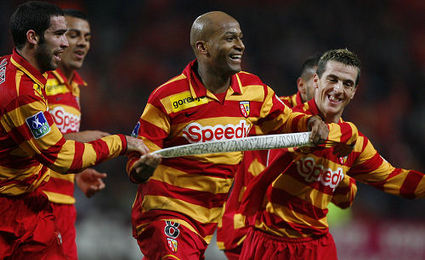