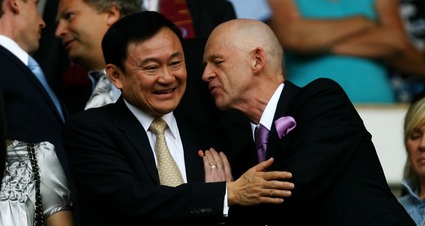 It is taken for granted now that the Premier League is dominated by the Big Four of Manchester United, Arsenal, Chelsea and Liverpool. But this season there has been a considerable amount of waffling done by pundits and managers about which side can haul themselves onto the same level as the Big Four and make it a Big Five.
Sven Goran Eriksson recently staked Manchester City’s claim by observing: “It would be nice if there was a ‘Big Five’, like in the jungle.” Gary Megson reckons Newcastle are up to the task with Kevin Keegan at the helm, while Tottenham have been trying for years – with little success it must be said – to make the jump up to ‘Big Five’ status. Sir Alex Ferguson has personally tipped David Moyes’s Everton squad as the candidates with the best chance of making the breakthrough in the long-term. Who do you think stands the best chance of joining the big boys?
Click Continue to vote.