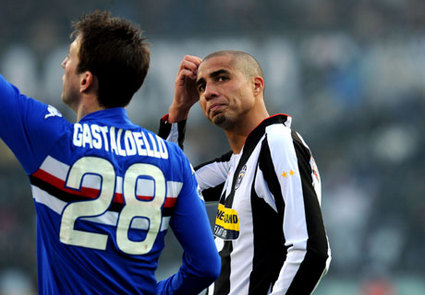 Juventus appear to have dropped out of the Serie A title race after a 0-0 draw at home to Sampdoria. The Turin side are now nine points behind leaders Inter Milan, who have a game in hand. Even coach Claudio Ranieri has conceded that Juve are out of contention for the scudetto. He said: “You could say that we missed the train for the Scudetto, but in reality we just need to focus internally and build a base for next year. We are still having an amazing campaign. We had an exceptional first half and we hope to repeat it.”
Inter Milan look like dead certs to be champions. Zlatan Ibrahimovic’s last-gasp winner in the 3-2 victory over Parma didn’t do them any harm at all. Roma are four points behind after a 2-0 win over Catania.

The top 10 goals from this week’s Serie A action are neatly wrapped up in this video (don’t stop watching after number 10, they do get better!)

Gennaro Gattuso is a scary enough character at the best of time, so whatever is going on here we are pretty sure it is not necessary! 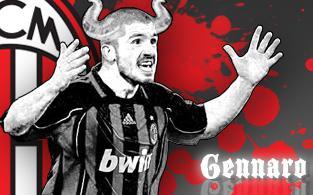