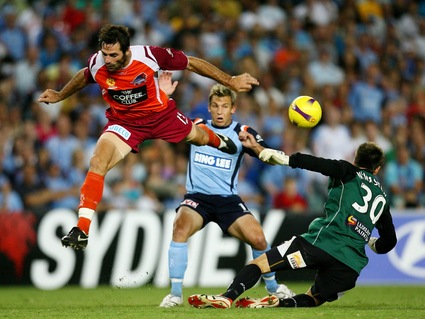 Sas Ognenovski and Griffin McMaster collide during the A-League Minor semi final between Sydney FC and Queensland Roar at the Sydney Football Stadium on 25 January, 2008. McMaster had a fine game in goal for Queensland; despite that, Sydney had more than enough chances to take a lead into the second leg, to be held in Melbourne on 8 Feb.
Photo Mark Nolan/Getty Images