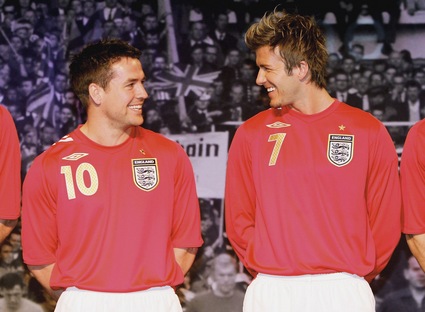 Don Fabio Capello is his own man, clearly – no David Beckham and little Mickey Owen relegated to the bench? Becks & Owen have been England’s own galacticos for a decade, and it’s time to return to the days when England were a team (er, I can’t remember when those days were – the 60s?), rather than an ill-fitting, under-motivated collection of stars.
Beckham may still get his 100th cap – what a tiresome, vain pursuit that is â€“ and Owen may one day become fully match-fit, but it’s clear that their reputations (earned at the World Cup in 1998) are no longer enough to guarantee them a place on the England team coach. That’s a refreshing change from the dismal days of Steve McClaren, and even Sven-Goran Eriksson, who also fell under the Beckham spell during his time in charge.
Are you happy that Capello has put the skids on Becks & Owen’s England careers?