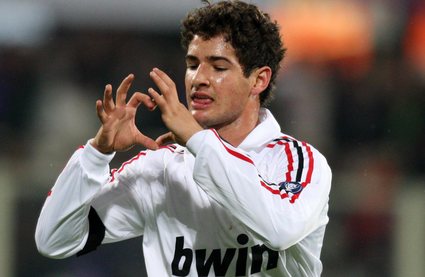 Alexandre Pato continued AC Milan’s march up the table by scoring the only goal in a 0-1 win at Fiorentina. The 18-year-old Brazilian left the pitch on a stretcher though after spraining his ankle. He will be out for around two weeks but is expected to be back in time to torment Arsenal in the Champions League.
City rivals Inter Milan pulled eight points clear at the top of the table with a 1-0 win over Empoli. Inter Milan played most of the game with 10 men after Patrick Vieira was sent-off for a second bookable offence in the 39th minute. Zlatan Ibrahimovic scored a winner from the penalty spot. Inter’s only serious challengers in the title race, Roma, suffered a humiliating 3-0 defeat at Siena.

Highlights from the weekend’s Serie A action set to a jaunty soundtrack.

AC Milan coach Carlo Ancelotti is in trouble if his zips get stuck. 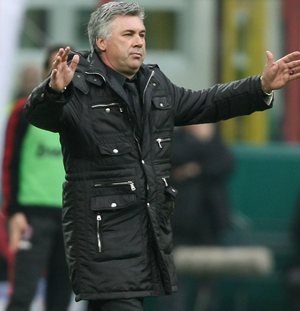