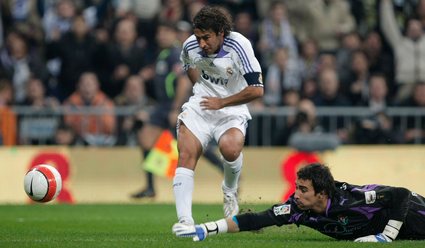 Real Madrid stuffed Vallodolid 7-0 to cement their place at the top of La Liga. [Deep breath folks] Braces from Raul and Guti, and a goal apiece for Julio Baptista, Arjen Robben and Royston Drenthe secured the narrow win for Real in a closely fought match… maybe not.
The win allowed Real to re-open an eight-point gap between themselves and Barcelona, who drew 1-1 with Sevilla. Villarreal beat Murcia 0-1 courtesy of Guillermo Franco’s last-minute winner. The three points meant the Yellow Submarine moved up to third at the expense of Espanyol, who lost 1-2 at home to Recreativo Huelva.

Guti is still able to celebrate despite getting his top lip stuck to his gum. 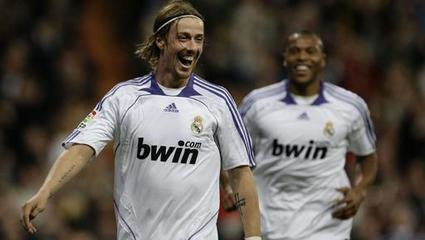