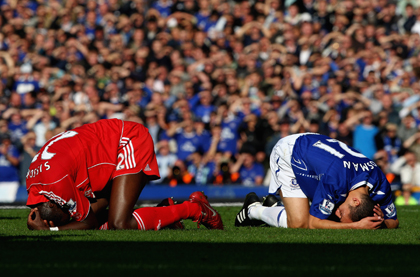 Another draw for Liverpool at the weekend has destroyed what title hopes they had for another season â€“ and they now face an equally difficult task to retain their Champions League status, especially with local rivals Everton currently riding high in fourth.
Moyesâ€™ men have already pipped the red side of the city to the final Champions League spot in 2005 â€“ although celebrations were subdued after Liverpool also qualified by winning the thing. But which Scouse team do you think will be dining with the European elite next season?