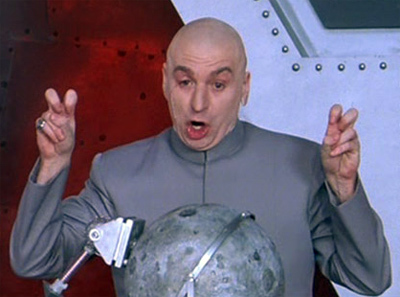 It seems Lyon have big forces on their side as they take on Manchester United in the Champions League. Man Yoo have complained to Uefa that Cristiano Ronaldo was attacked by a frickin’ laser beam before kick-off in last night’s match. Ronaldo was apparently dazzled by a “laser” during his warm-up.
BBC correspondent Conor McNamara said: “Manchester United complained to Uefa before kick-off and they (Uefa) may now check TV footage for evidence of repeated use of laser pens during the game itself.”
Perhaps they were planning to hold the Portuguese winger to ransom for… $100 billion.