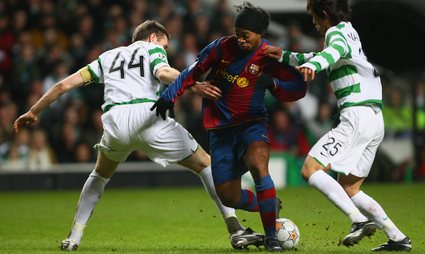 Each of the British sides have now played the first legs of their Champions League ties with varying degrees of success. Liverpool eventually scored against Inter Milan to record a 2-0 win at home, while Chelsea had to settle for a 0-0 draw away at Olympiakos. Arsenal also drew 0-0 but they were at home to AC Milan. Carlos Tevez’s late away goal gave Manchester United a 1-1 draw in Lyon. And Celtic face an uphill struggle after losing 2-3 at home to Barcelona. Which clubs do you fancy to make it through to the quarter finals?