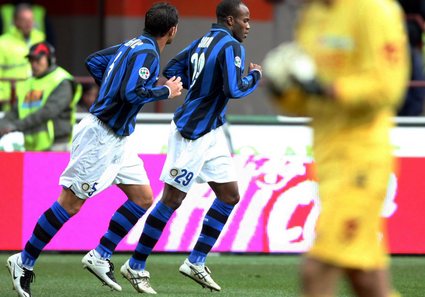 Inter Milan can console themselves about their fairly bleak Champions League outlook with the knowledge that they have already pretty much guaranteed qualification for next year’s competition. A 2-0 win at home to Livorno, and Roma’s defeat to Juventus, means Inter are now a whopping 11 points clear at the top of Serie A. Short of bringing Kevin Keegan to help them wrap up the title, it seems nothing can stop them becoming champions for a second successive season.
Striker David Suazo was Inter’s star of the show against Livorno as he bagged both goals. Elsewhere, AC Milan were held to a 0-0 draw by Parma. Two successive draws have put the brakes on their charge up the table.

All the goals from Serie A for your viewing pleasure.