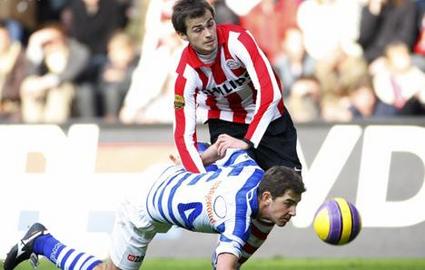 Eredivisie leaders PSV Eindhoven came from a goal behind to beat De Graafschap 4-1. A Danko LazoviÄ‡ brace bookended a goal from Ottman Bakkal and a Timmy Simons penalty as PSV continued to dominate the league.
Ajax ensured they did not fall any further behind PSV by coming from 2-1 down to defeat fellow high-flyers NAC 2-3. Defender Johnny Heitinga, in the middle of a goalscoring purple patch, scored the winner on 82 minutes. All the signs are that the Amsterdam club have already got their eyes on next season. Legendary striker Marco Van Basten has agreed a four-year deal to take over the managerial reigns at his former club once he has led the Dutch national team at Euro 2008.

Ajax’s come from behind to defeat NAC.

Snapshot – Marco Van Basten with Ajax back in the day. 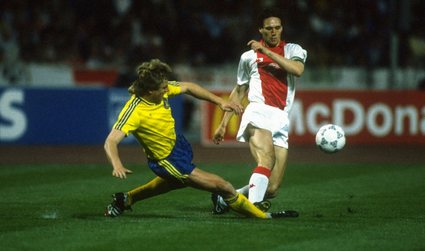