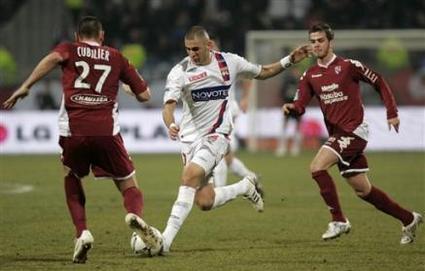 A Fred double opened Lyon’s Ligue 1 lead up to three points. The seven times champions beat bottom-club Metz 2-0. Nearest rivals Bordeaux drew 0-0 at home to Lille. Third-placed Nancy came from behind to beat in-form Lens 2-1.
As if Metz’s situation wasn’t bad enough with them currently sitting 15 points adrift at the foot of Ligue 1, they are now facing an investigation into a second racist incident this month. The club has reported racist chanting and Nazi salutes by a section of its fans.

Bordeaux’s Benoit Tremoulas is not impressed with his red card. 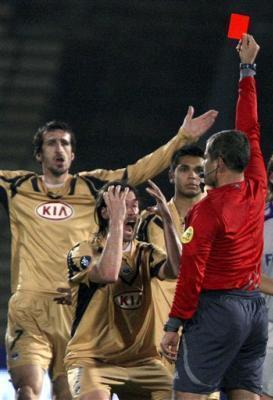