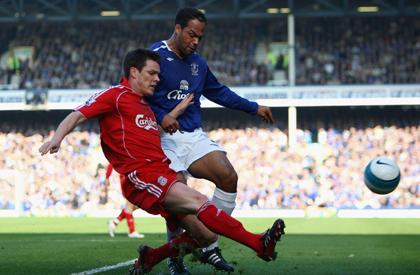 We’re continuing our search for the best players plying their trade in the Premier League this season – as chosen by Pies’ readers.
So far, 23% of you have slightly surprisingly named David James as the league’s best goalkeeper – and that was before Portsmouth put Man United out of the FA Cup. Now it’s time to turn our attention to the defence in front of him and first up is the right-back slot.
It’s not a position that conjures up too many names but there have been a few players that have caught our eyes in this duel role that demands defensive security as much as alternative attacking width.
Click through to vote from our shortlist.