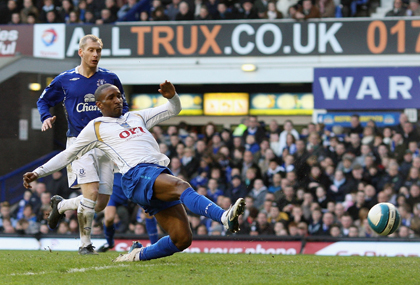 There isn’t a single English striker in the Premier League’s top ten scorers this season – and two of only three national players to score double figures, Lampard and Gerrard, are midfielders by trade.
That must be giving Don Fabio some cause for concern, especially since Wayne Rooney seems to struggle as a lone striker and he apparently doesn’t rate Michael Owen. His other choices look limited to big team players who spend most of their time on the bench such as Peter Crouch or gambling on someone who is impressing for a smaller team a la Jermaine Defoe.
Click through to vote for who you think is England’s best striking option.