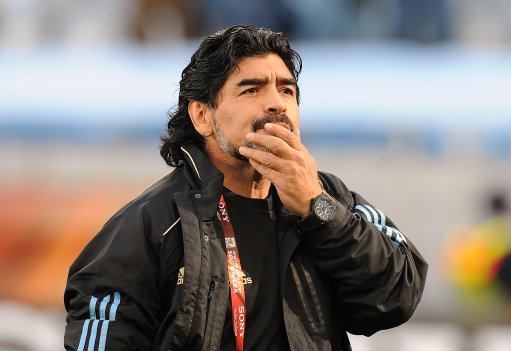 The craziest little ball of crazy Diego Maradona has admitted that he would like to try his hand at managing a Premier League side.

“Yes, I would like to manage in the Premier League. It has very good teams, an exceptional level and great players.

The only problem is all the teams I like in England already have good coaches. If any important job comes along I will accept it.”

‘El Diego’ was rumoured to be in the running for the Aston Villa job after Martin O’Neill suddenly resigned from his post earlier in the summer, but the Argentinian legend insisted that he was never seriously being considered:

“I want to make it clear that I didn’t offer myself for any job, nor did anyone offer me anything. I know I will go back with the national team some day, that is my fate. I’m waiting.