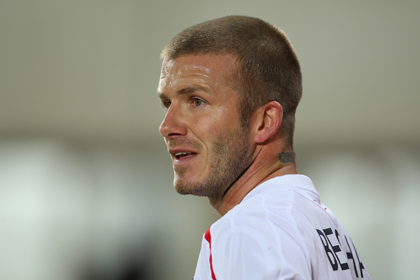 Fabio Capello has just announced his second squad selection to face France in next week’s friendly. A recall for old Goldenballs is the biggest story, although Capello hasn’t revealed if he’ll be wearing the captain’s armband for his 100th cap – or even starting.
Among the other five new faces missing from the first squad are Chelsea’s John Terry and Frank Lampard while Jermaine Defoe and a long awaited return for Theo Walcott should add some pace up front. The biggest surprise is Middlesbrough’s young central defender David Wheater, although there’s a long pecking order in that position.
So, from the 30 players that Don Fabio has chosen – who would be the first eleven names on your team sheet?
Click through for a list of the squad and a look at our first XI