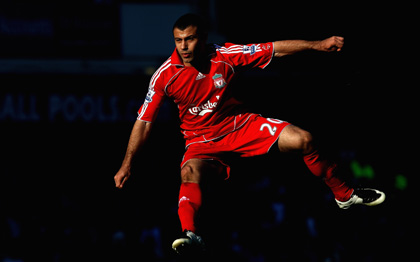 Since we started asking Pies’ readers to vote for the players who would make it into their Premier League team of the season, we’ve got half the names penned in on the team sheet.
The back line features Portsmouth’s David James in goal and Arsenal’s Bacary Sagna and Gael Clichy as full-backs supporting a Man United central defence of Rio Ferdinand and Nemanja Vidic.
Cesc Fabregas beat Steven Gerrard to the playmaker’s position and now we’re looking for a tough tackling central midfield partner to support the defence, break up the attacks and feed the flair players with simple passing.
Click through to vote from a list of candidates who have been holding their midfield together this season