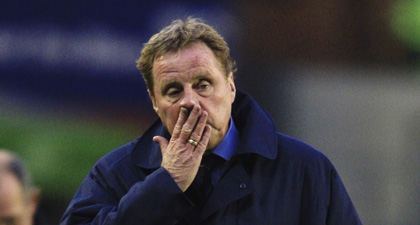 As the only Premier League side left in the FA Cup, the pressure is on Harry Redknapp to take Portsmouth all the way and win his first major trophy.
But they’ll have to beat a decent West Brom side at Wembley first and we’ve already seen a season of shocks in the Cup – will Old ‘Arry do it?