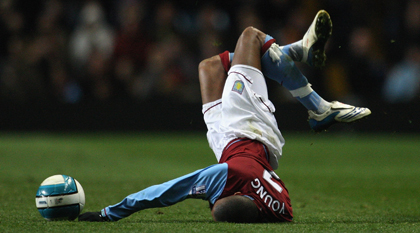 We’re down to the final three places in our Premier League team of the season as chosen by Pies’ readers.
Apart from Portsmouth’s David James in goal, the outfield is unsurprisingly made up of players from the so-called ‘Big Four’ with Arsenal’s Gael Clichy, Bacary Sagna, Cesc Fabregas and Mathieu Flamini all being recognised for their performances – even if the Gooners are going to end up without a trophy.
Man United make up the rest of the players so far with the partnership of Rio Ferdinand and Nemanja Vidic in central defence and Cristiano Ronaldo (who else) on the right wing.
But, now it’s time to turn to the opposite flank and there are a decent selection of left wingers to choose from – click through to vote for the best left winger in the Premier League this season.