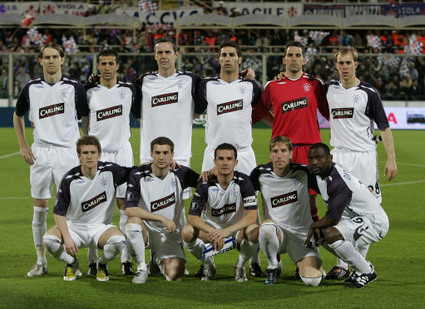 To the football purist, Rangers are a nightmare. Walter Smith’s men play a game that is often cautious, set piece-based and defensive-minded. Lionel Messi accused them of playing “anti-football”, and in as much as Rangers are aware of their shortcomings and realise that the best way to win is to stifle and frustrate the opposition, then that’s not far from the truth.
That said, Rangers could yet win four trophies this season, so I’m sure 99% of Rangers’ fans would tell me to “stop talking shite” if I suggested that they were unhappy with the work Smith has done since he arrived at Ibrox.
Do you think they deserve to win four trophies? Vote below: