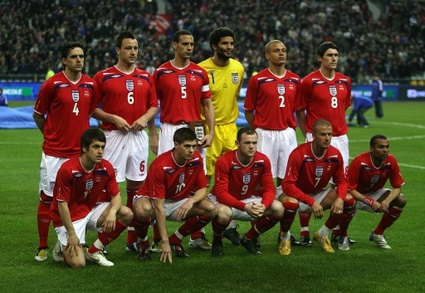 In their infinite wisdom, the Football Association has demanded that the national team reach at least the last four of the next World Cup, or Euro 2012. The FA revealed their optimistic vision this week in a 52-page document which set out several policy initiatives for the international side.
is this a realistic expectation? Coach Fabio Capello says he’s “confident” that he can steer England’s overpaid lads to semi-final glory (followed by penalty shootout misery, no doubt). But do you think the FA is getting ideas above its station? Vote below…