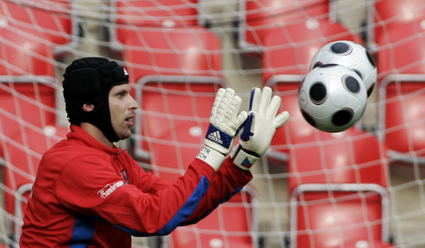 What the media say “They still have a hell of a lot going for them. Top scorer from Euro 2004? Czech. Keepers of the total-football flame now Holland are doing pragmatism? Czech. Finished above the tournament favourites Germany in qualification? Czech. Best goalkeeper in the world? Cech.” [Guardian Unlimited]
What the bookies say You can get the Czechs to win the whole thing at a best-priced 16/1 – a decent each-way shout, surely.
Pies predicts For once, they have a gentle group – but they are missing two of their best players, Tomas Rosicky and Pevel Nedved, so they won’t find it easy to get the better of hosts Switzerland and unpredictable Turkey. Even if they finish second behind Portugal, I can’t seem them progressing beyond the quarter finals. Come to think of it, I don’t think they’ll even escape their group.
Shit Lookalike Petr Cech & Captain Yamamoto 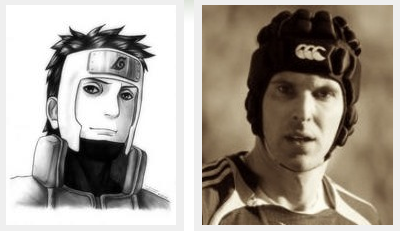