The tournament’s dark horse? Not really… 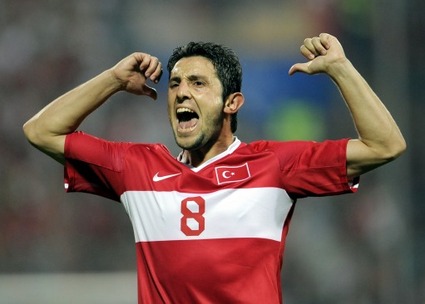 TURKEY (Group A)
Group-mates Portugal (7 June, Geneva), Switzerland (11 June, Basel), Czech Rep. (15 June, Geneva)
Three most valuable players 1) Nihat Kahveci The attacking midfielder (pictured), who can also play up front, had a fine season for Villareal and will be one to watch. 2) Tuncay Sanli Boro’s hitman can be devastating on his day, but like so many of the Turkish squad, consistency is an issue. 3) Hamit Altintop The Bayern Munich midfielder is arguably Turkey’s best player – there’s not much he doesn’t do well.
Hard fact Turkey lost all three of their group matches at Euro ’96 (the first Euros they ever qualified for), to Denmark, Portugal and Croatia.

What the media say “(Fatih) Terim [Turkey’s manager] has some tricky decisions. Or a wealth of options, if you want to be optimistic about it. If he gets his choices right and his defenders manage to hit an error-free streak, Turkey could repeat their 2002 World Cup heroics. If he gets it wrong, they could relive Euro 96, when they lost all three games. Terim was in charge that time too.” [Guardian Unlimited]
What the bookies say A tenner on the Turks to win would make you Â£500. In other words, the bookies think they have almost no chance of going all the way.
Pies predicts With a shit goalie, ponderous defence and no huge threat up front, the Turks will have a very tough time getting out of their group. They have some excellent attacking midfielders, but will that be enough to make the knockout stages? I doubt it.
Shit Lookalikes Rustu Recber and that bloke from The Mummy 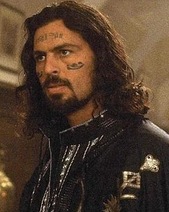 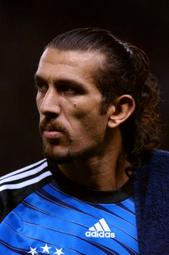