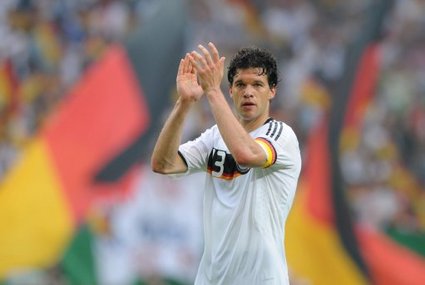 GERMANY (Group B)
Group mates Poland (8 June, Klagenfurt), Croatia (12 June, Klagenfurt), Austria (16 June, Vienna)
Three most valuable players 1) Michael Ballack An undeniable world-class act, and in fine form for his club in the last couple of months. Having missed the 2006 World Cup final in his homeland, Ballack will be desperate to captain Germany to glory two years on. 2) Philipp Lahm One of the most dynamic full-backs in Europe, as he showed when scoring the opening goal, a screamer, at the 2006 World Cup. 3) Miroslav Klose Germany’s main source of goals; he is an underrated striker, great in the air for his size and with a handy turn of pace. Perhaps not so effective against bigger nations, but always seems to fill his boots against lesser sides. If Klose struggles, watch out for Mario Gomez to make a name for himself.
Hard fact Germany have not won a game in the Euro finals since winning the competition in 1996. Since then, they have played six matches, drawing three and losing three.

What the media say “Playing on their own doorstep in countries that speak the same language and still buoyed by their World Cup displays two years ago, it is easy to see why Germany are so highly fancied. Not the best team there on paper, but a very dangerous proposition. ” [BBC Sport]
What the bookies say Tournament favourites, and available at a best-priced 4-1: hardly good value.
Pies predicts Drawn in the weakest group, and in the weakest half, it would be a major surprise if the Germans didn’t at least make the semis. Other teams may have better individuals, but Germany has plenty of talent too – Frings, Lahm, Ballack, Klose, Podolski, Schweinsteiger, Gomez, to name a few – and a temperament that always serves them well in major tournaments. However, I can’t help but feel they will meet their match, possibly against Spain in the final. Losing finalists
Shit Lookalikes Michael Ballack & Matt Damon 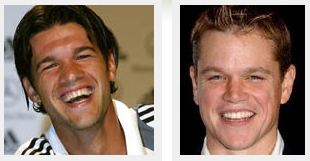