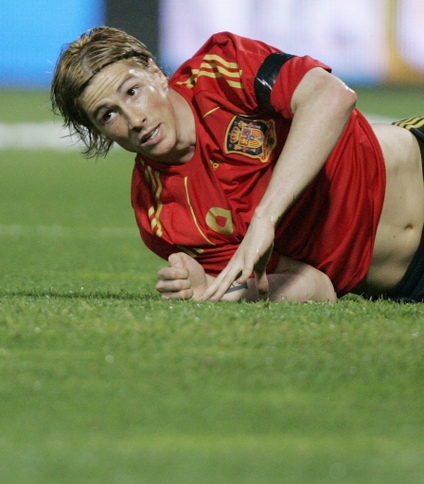 SPAIN (Group D)
Group mates Russia (10 June, Innsbruck), Sweden (14 June, Innsbruck), Greece (18 June, Salzburg)
Three most valuable players 1) Iker Casillas Probably the best goalkeeper in the world, and with a suspect defence in front of him, his brilliant shot-stopping skills will be needed. 2) Fernando Torres Yet to really deliver for his country; now is his time. 3) Xavi Looked good in pre-tournament friendlies. Has the talent to unlock any defence, and is arguably more vital to Spain than any other midfielder, including Cesc Fabregas (Spanish coach Luis Aragones has struggled to accommodate the Arsenal youngster).
Hard fact Spain have never won a major tournament? Not true – they won the 1964 Euros, although that was a two-game finals (and it was played in Spain).

What the media say “Here we go again. Every time a major tournament comes round, with a heavy heart and an impending sense of fate-tempting doom Spain allow themselves to believe that this could be their tournament at long, long last. So too do the rest of us. Spanish chances are talked up, their players lauded, their chances rated. Who knows, they say, maybe this time really is Spain’s time at last. Who knows, we say, maybe this time they really can lift that trophy. And then the inevitable happens.” [Guardian Unlimited]
What the bookies say Not put off by Spain’s long history of flattering to deceive. You can get them at 5/1 to win the tournament. Pretty short odds, methinks.
Pies predicts As an Englishman, I’d love to see Spain do well. They have the talent to win it, at least in midfield (Everton’s Mikel Arteta doesn’t get near the squad!) and up front, where Torres and David Villa should cause havoc, but I’m a little worried by their defence. If Carles Puyol can keep his troops in order at the back, Spain will surely do well; or, more likely, the fates will conspire against them. I’m not vain enough to think that tipping the Spanish will jinx them, so here goes nothing… Winners (beating Germany in the final)
Shit Lookalikes Carles Puyol & Alan Davies (thanks to Stacy for that spot) 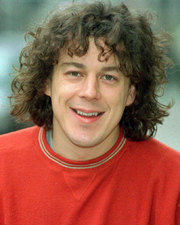 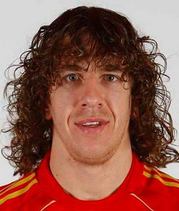