So this is what a Mediterranean Niall Quinn looks like… 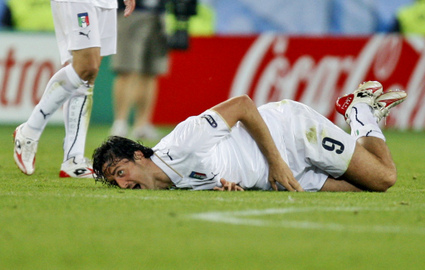 Toni came into Euro 2008 with a reputation as one of the best big front men in Europe.
He leaves Euro 2008 with a reputation as a giant, useless donkey.
Toni was terrible in the Euros. It appeared at first as if he’d lost a yard of pace, but he didn’t have a yard of pace to lose in the first place. And he managed to hit the back of the net on precisely no occasions, despite having about 200 chances to do so throughout the tournament. By the end of last night’s quarter final against Spain, his confidence was so low – he made Carles Puyol look like a world-class central defender! – that he didn’t even take a penalty. FAIL!