Last night’s Johnstones Paint Trophy tie between Accrington Stanley and Tranmere had to be abandoned in the 39th minute when Accrington defender Tom Bender was knocked unconscious after being accidentally twatted in the face by his own goalkeeper Ian Dunbavin as he tried to punch the ball clear of Tranmere striker Lucas Akins, who inadvertently nudged Bender into the path of Dunbavin’s flying fist. 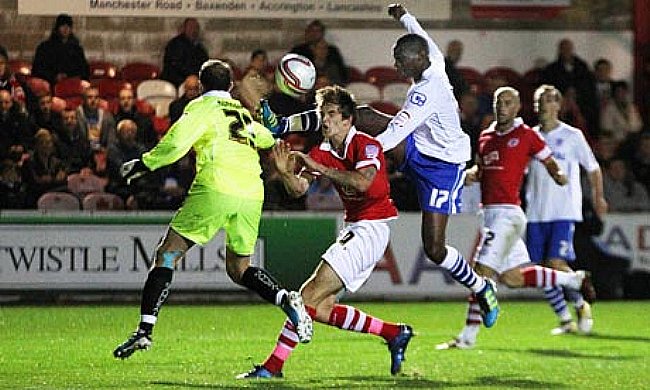 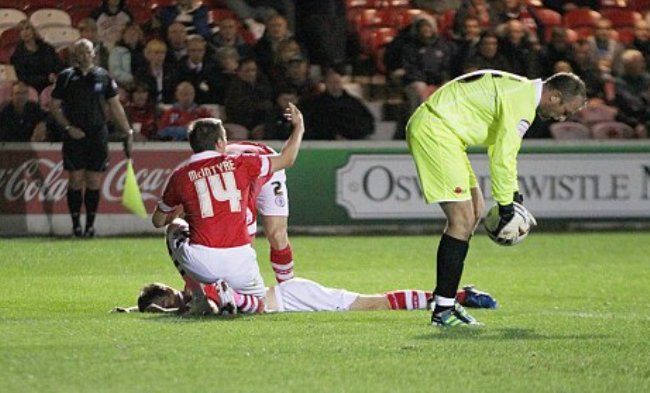 There were concerns that Bender may have broken his neck, though the scans show that he ‘only’ suffered a very severe concussion, with Stanley chief exec Rob Heys confirming this morning that the player ‘can’t remember anything about the game at all’ but that he is ‘stable and fully concious’.

All the best Tommy lad, get well soon.