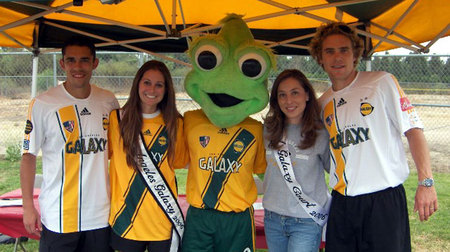 According to the Galaxy’s official website, Cozmo “beamed down to The Home Depot Center from his intergalactic spaceship on June 7, 2003”.

Cozmo is a goalkeeper by trade and can apparently stop shots “travelling at the speed of light”. He also has the speed and skill to play forward for “any team on the planet”.

Which begs the question: if he’s that good, surely he could get into the Galaxy’s first team?