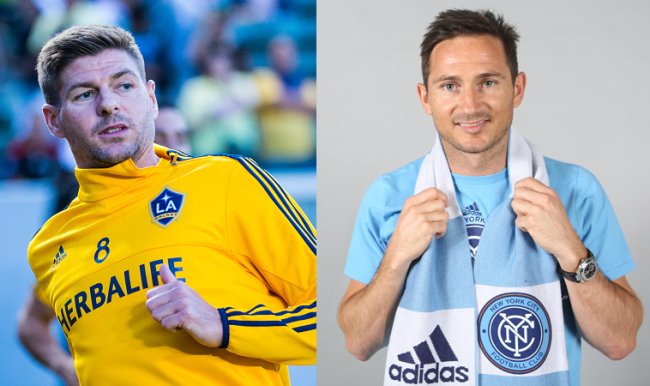 ‘Tis the annual MLS All-Star game (against Tottenham) coming up on July 29th and, as is the done thing these days, the majority of the first XI has been selected by a fan vote, with two additional selections then made by MLS commissioner Don Garber.

The Fan XI consists of 10 players voted for by the fans and one final selection made – and we kid you not – on the basis of which MLS player has been used to score most goals on FIFA 15 over the past year, which is Obafemi Martins.

Of the 13 players named in total (the Fan XI plus Garber’s two picks), only the latter pair are guaranteed to start the match against Spurs in Colorado.

As it happens, Garber has gone and selected Steven Gerrard and Frank Lampard – the only two players in the squad to have not played a single minute of MLS football as yet.

Kaka, Clint Dempsey and David Villa are also in there, though Sebastian Giovinco (who scored a hat-trick for Toronto FC at the weekend) seems to have missed the cut for some reason.

Here’s the preliminary roster, as pilfered from the MLS website… 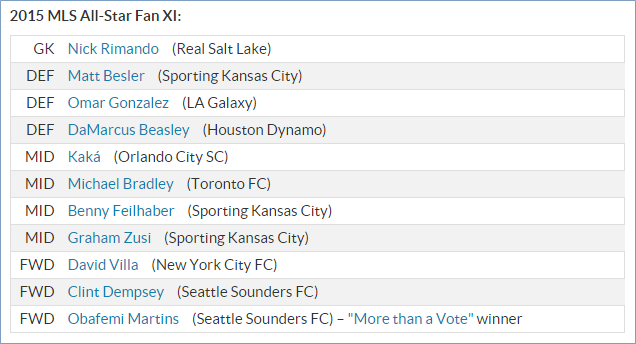 The rest of the full 22-man squad will be fleshed out nearer the time, though this year’s All-Star kit has been revealed and it’s really rather snazzy… 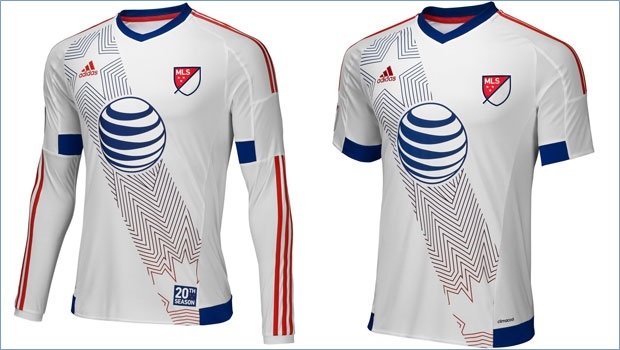