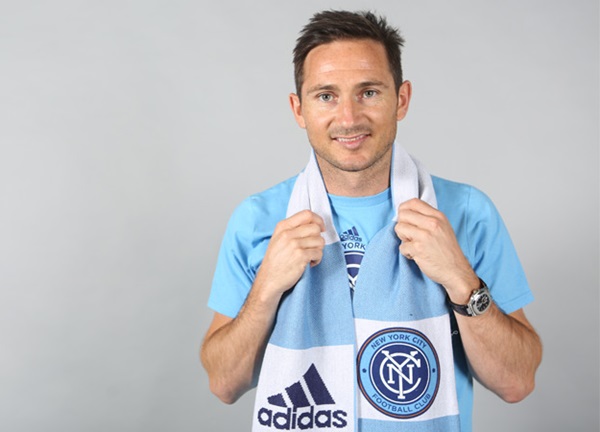 Sidelined with a calf injury as things stand, Frank Lampard is being forced to wait to make his big New York City FC debut, but the former Chelsea man is already making his presence felt about the place, if only by virtue of his random acts of kindness.

Indeed, Lampard shelled out around $500 to treat a group of 20 British NYCFC fans to tickets to his side’s MLS clash against Toronto FC over the weekend after meeting the students by chance.

“We had been on a tour of the New York City training ground and facilities when we spotted Frank Lampard and David Villa in the car park.

“They happily signed autographs and when Frank spotted our accents, he asked what we were out for. He was really chatty and more than happy to talk to us.

“One of the girls in our group cheekily asked if we could get tickets for the Toronto FC game, but he explained he only gets four complimentary tickets per game and there was 20 of us. He paused for a minute before telling us to wait in the car park for a minute while he went back inside.

“After a moment or two, he came out and asked for one of our names before telling us he’d ordered 16 tickets through Ticketmaster in the ticket office. He explained he’d given the girl in the ticket office his card details and that we just had to pick them up before the game.

“We were all in shock and couldn’t thank him enough. He’s a lovely guy.”

Megan also detailed her afternoon in a series of Facebook posts… 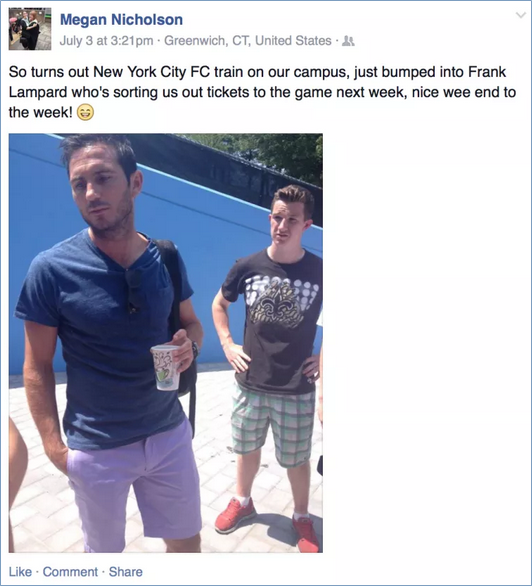 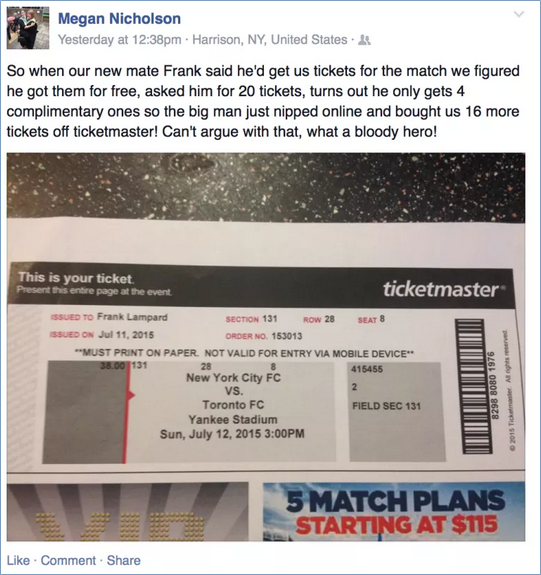 Not only were their tickets free but the group were also treated to one hell of a game, with Toronto playmaker Sebastian Giovinco scoring a nine-minute hat-trick in a dramatic 4-4 draw between the two teams.

How about that Frank Lampard, eh? What an absolute gent. These Englishmen and their Stateside charm offensives.