Vancouver Whitecaps striker Robert Earnshaw has penned a superb open letter to his fans on the day he announced his retirement from football at the ripe old age of 34.

The Cardiff City legend enjoyed a fine career which saw him become the only player to achieve the amazing feat of scoring a hat-trick in the Premier League, FA Cup, Championship, League One, League Two, League Cup and an international. While in the last few years, he has plied his trade across the pond in MLS.

After such a fine career, which also included Premier League spells with both Derby County and West Bromwich Albion and a decent haul of 16 goals in 59 games for Wales, the Zambian-born Earnshaw posted this entertaining and moving letter, which is well worth a read… 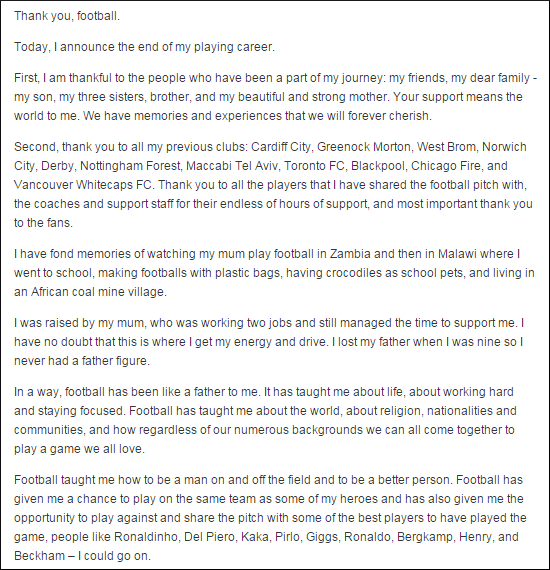 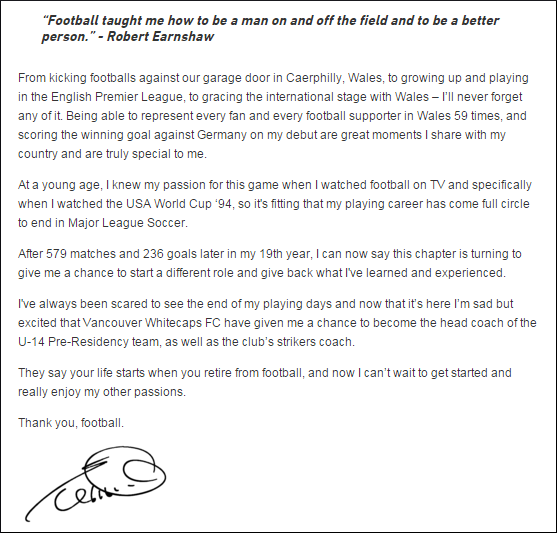 Crocodiles as school pets, eh! Anyway, what a cracking letter from a player who always knew where the goal was. And good luck to him in his new career as a coach.