While he may have only played a bit part in New York Cosmos’ 4-0 trouncing of FC Miami over the weekend, midfielder Danny Szetela still emerged from the game with the most impressive stat of all: a 100% proposal conversion rate.

Indeed, immediately after the final whistle, Szetela took his girlfriend out onto the pitch and, with an assist from his cronies in the terraces, got down on one knee and popped the question. 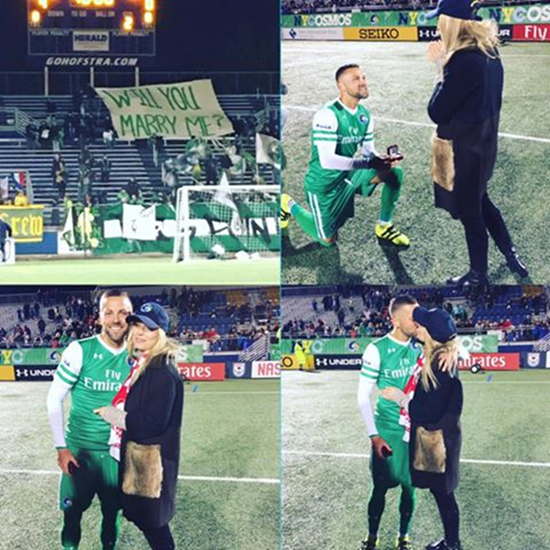