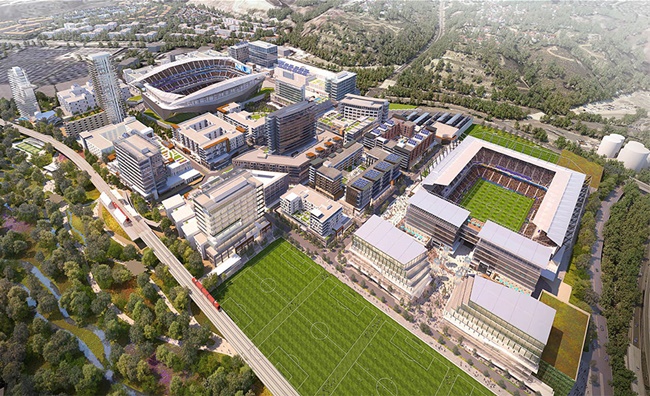 San Diego are currently in the midst of an £800million project to create a new MLS team and an entire football-centric ‘mini-city’ in which to base them.

Indeed, located in Mission Valley, the 55-acre Soccer City San Diego complex will be centred around a custom-built 30,000-seater stadium and also feature a variety of training facilities, academies, and office buildings.

However, as yet, the new team don’t have a suitable moniker – so, somewhat foolishly, the SCSD board decided to let fans vote for their club name of choice.

With the vote now entering its fourth and final round, it should come as little surprise that ‘Footy McFooty Face’ is currently streaking ahead in the polls… 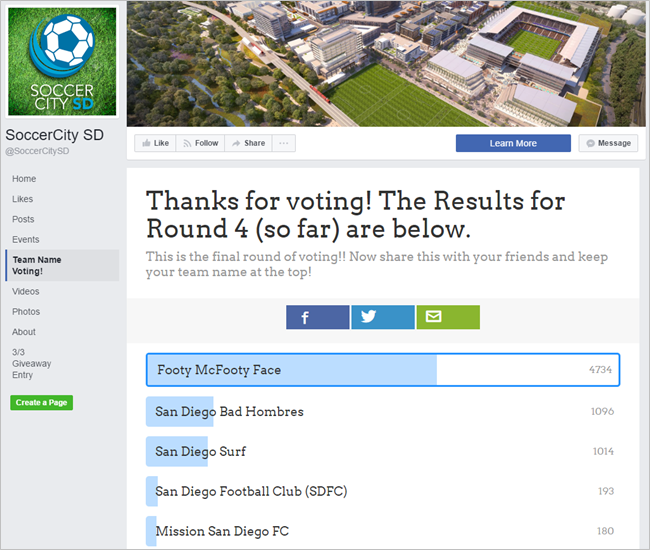 It’s Boaty McBoatface all over again – though it remains to be seen if Soccer City will actually honour the whim of the people, unlike the wretched flakes at the Natural Environment Research Council.

On a related note, wouldn’t ‘Footy McFootface’ work better, at least in terms of how it scans?