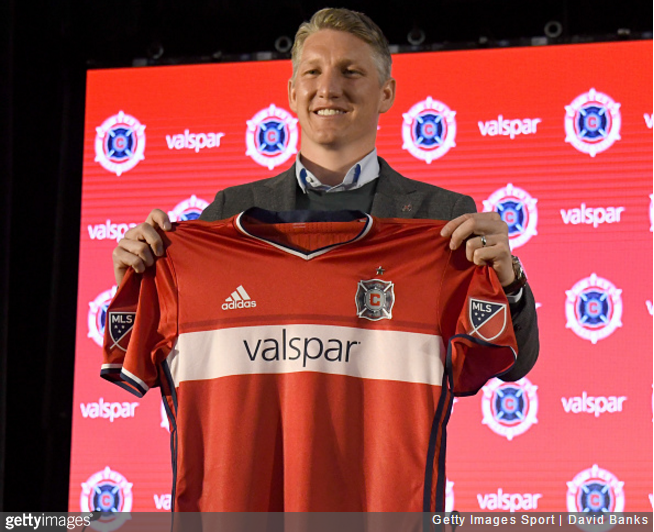 Bastian Schweinsteiger’s great American adventure got off to a suitably ridiculous start when a befuddled local journalist asked the German midfielder if he was hoping to score at the World Cup with Chicago Fire at his introductory press conference.

Indeed, scholars of the game may note that Chicago Fire aren’t technically eligible to compete in World Cups, principally because they are not an international side of a recognised FIFA member state.

Thankfully, Fire themselves were able to see the funny side of such a wanton lack of journalistic research, accompanying a photo of Schweinsteiger’s maiden training session with a wry little hashtag…