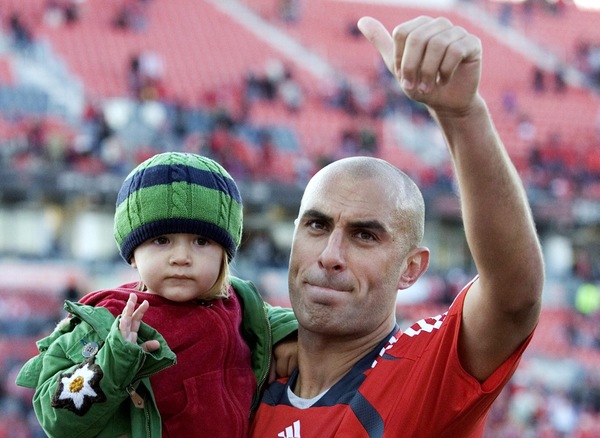 Danny Dichio now plays for Toronto FC in MLS. He is a cult hero of Toronto’s fans, much as he was at QPR, Sunderland and indeed most of the clubs he’s played for. That’s how Danny rolls -Â fans love his whole-hearted play, which he combines with a large dollop of humility. He’s made the most of his talent and carved out a very successful professional career, and I don’t know any fan who’d begrudge him that.
I like Danny even more because he’s on Twitter -Â not enough ballers are on Twitter (especially not British players, who would rather play golf or go shopping than surf the web) but DD is a reliable Tweeter and well worth following.
Sample Tweets:
“Mexico Vs Panama = SHAMBLES. If this was England’s fans behaving this way, they would be chucked out of the tournament”
“I have never seen a team make Man Utd look so ordinary in my life! Well done to Barca and their coach ‘Pep’ for his outstanding tactical”
“Great win for the boys today. Finally beat New England at last, great atmosphere as well. Even the english Journo from 442 was Gobsmacked!!”
Follow Danny on Twitter
Danny’s official website
More ballers who Tweet:
No.1 Brian Ching
No.2 Freddy Adu