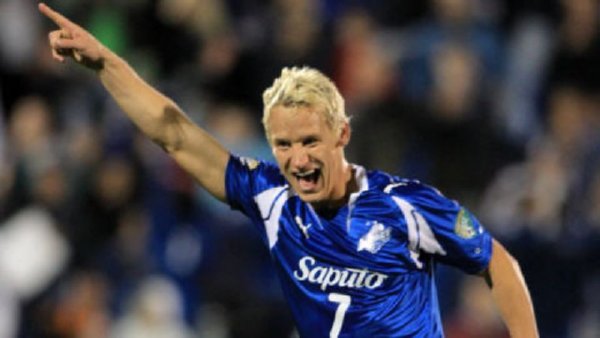 Pies would hereby like to extend our sincerest congratulations – if that’s not too patronising – to former Montreal Impact midfielder David Testo (we say ‘former’ because Testo is currently without a club after being released by the Canadian club last month), who made the decision to officially come out as gay in an interview with CBC Radio Canada yesterday.

“Living the life of a professional athlete and being gay is incredibly hard. It’s like carrying around a secret, carrying around luggage and just never being allowed to be yourself.

“I’m gay. I didn’t choose this. This is just who I am. I really do regret not having come out publicly earlier. It’s something I struggled with my whole life and whole career.”

Indeed, there’s no Earthly reason for a player to be forced to disclose something as personal as his sexual preference either way, but the fact that two gay footballers have openly come out, while still playing, in the space of eight months (Swedish player Anton Hysen came out in March) and have had their life at least partially unburdened in the process of doing so is representative of progress – a shift in the direction of the greater good –  however slight.