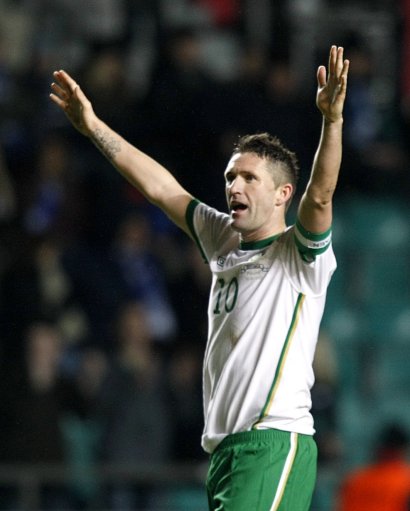 With an MLS cup final on Sunday, and a Euro 2012 play-off second leg on Tuesday, veteran striker Robbie Keane is enjoying a rather successful time at the moment for both club and country.

With the Republic all but qualified for Poland and Ukraine courtesy of their 4-0 first leg mauling of Estonia, Keane’s club wanted their star striker to miss the second leg and return home to LA to prepare for the MLS cup final. However, eager to savour the moment when (or if?) Ireland actually do officially qualify for Euro 2012, Keane has decided to put country ahead of club.

“The job is still not done yet. We have to be professional and do the job properly,” said the attacker. “They requested me to come back with the final (against Houston Dynamo) on Sunday, but this could be one of the greatest moments in Irish history for me playing for my country. To miss a special night – hopefully – like this, it wouldn’t feel right.”

Apparently Galaxy have accepted Keane’s decision, although if he gets injured against Estonia, the Americans may not be so understanding.