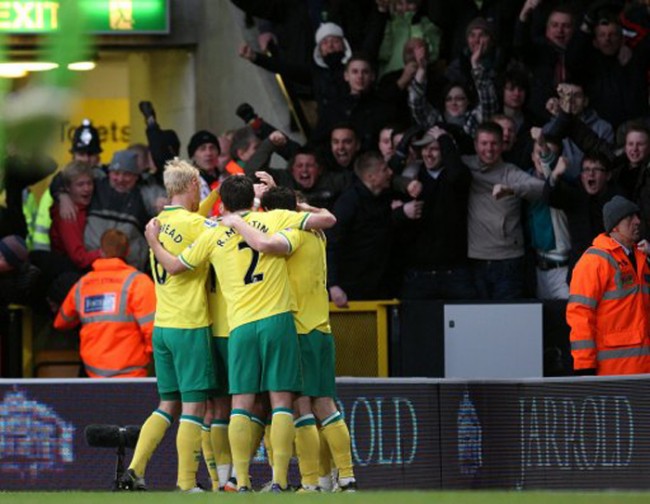 Alan Pardew’s Newcastle side are now without a win in four Premier League games after they came unstuck at Carrow Road on Saturday.

Grant Holt may look more like a lower league journeyman striker, but the chunky Norwich hitman has now hit six in the top division this season after netting twice against the Magpies.

Holt’s goals came in the second half after Wes Hoolahan for the home team and goal-machine Demba Ba, for the visitors, had netted a goal each before the break. Holt’s first strike came on 59 minutes and was quickly followed by another goal for Steve Morison before Newcastle had Dan Gosling sent off for a foul on Russell Martin. However, Ba pulled another goal back to make it 3-2, but the vistors’ hopes were well and truly dashed on 82 minutes when Holt headed home his second and the Canaries’ fourth.

Without their crocked central defensive pair of Fabricio Coloccini and Steven Taylor, Newcastle struggled in defence, no doubt giving Pardew food for thought ahead of the January transfer window. Norwich boss Paul Lambert, on the other hand, will be delighted to see his side win after last week’s mauling at the hands of Manchester City.