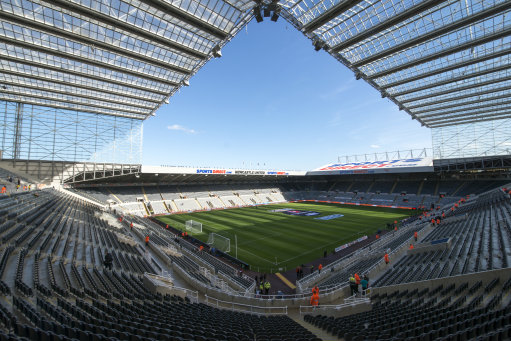 Payday loan company Wonga have concluded a four-year sponsorship deal with Newcastle, chucking a reported £4 million-a-year at the Toon (presumably at a very competitive representative 3000% APR) in order to ensure that their vaunted marque is placed upon the club’s shirts and that they have the naming rights for the club’s stadium.

Telegraph Sport have done the maths: “By our calculations, if Wonga loaned you £4 million, your annual interest would be £164 million (Plus £5.50 transmission fee).”

As of 2013/14, Wonga’s logo will be in pride of place on the Newcastle shirts and, as the company announced this afternoon, the Sports Direct Arena will be no more and the stadium will officially be reverted back to it’s rightful name, St James’ Park.

Shame. ‘The Wonga Dome’ had a nice ring to it.

Anyway, any club thinking about taking a Newcastle player on loan may want to rush it through now, because as soon as Wonga come in, a season’s worth of Gabriel Obertan may well end up costing upwards of £100 million in interest as of next year.