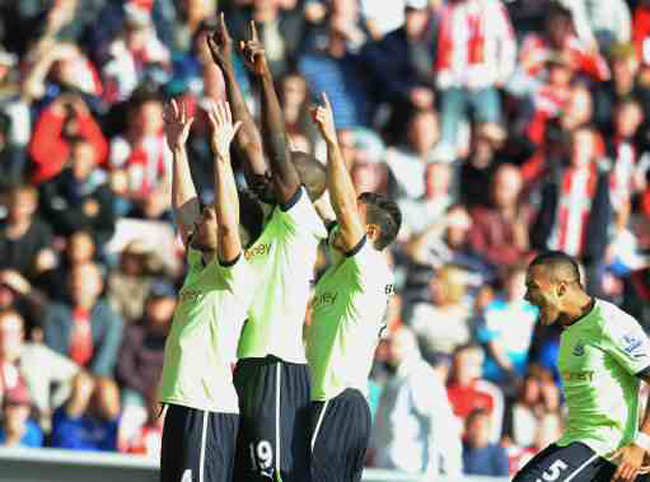 In-form striker Demba Ba found the back of the net once again on Sunday afternoon, albeit at the wrong end of the pitch, after the Senegalese hitman put through his own net to give rivals Sunderland a share of the points.

The Magpies had taken the lead after just three minutes, courtesy of Yohan Cabaye. And Alan Pardew’s men ably defended that lead until very late in the game. They had to do it the hard way after Cheik Tioté, a man familiar with the referee’s little black book, was sent off for a high challenge on Steven Fletcher.

The home side produced a poor performance and struggled to make their one-man advantage matter. However, with just four minutes left, a John O’Shea header was directed into the Newcastle goal by the unfortunate Ba to give the Black Cats a share of the points.

The two sides stay mid-table after what was a typically scrappy derby.