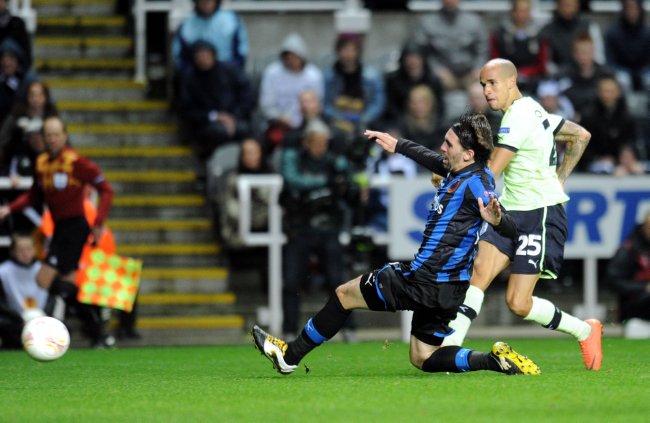 French winger Gabriel Obertan’s second-half strike was enough to give Newcastle the victory on Thursday night against a decent Club Bruges side.

Both sides impressed at St James’ Park, with Papiss Cissé going close on two occasions. At the other end of the pitch, the Belgians were a threat on the counter-attack but ultimately it was the Magpies who would net the only goal of the game.

The Ameobi brothers, Shola and Sammy, combined in their own half before the latter fed the ball to Obertan, who produced a fine strike which beat Bruges keeper Bojan Jorgacevic.