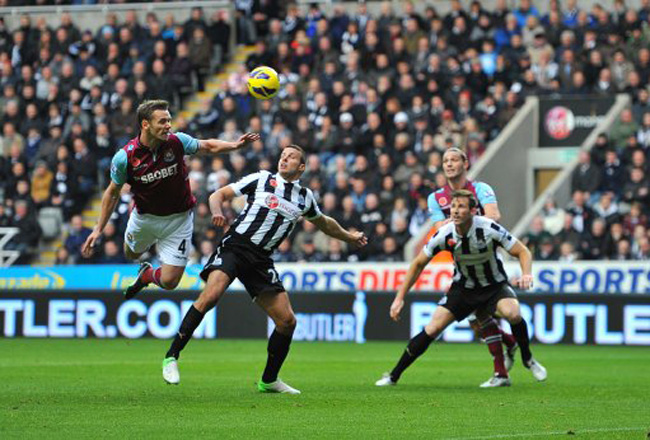 It was a day for old-boys at St James’ Park, with former Newcastle captain Kevin Nolan netting the winner for Sam Allardyce’s West Ham, while Andy Carroll also worked hard up front for the east Londoners

The Magpies produced a rather flat performance and found themselves deservedly behind on 37 minutes after Nolan fired home after a mis-hit Joey O’Brien effort.

After the break, the home side improved, with Hatem Ben Arfa and Yohan Cabaye on the end of half-chances before Demba Ba’s header was adjudged not to have crossed the line by referee Mike Dean.

Towards the end of the game, ex-Magpie Carroll could’ve doubled his side’s advantage after finding himself one-on-one with Tim Krul. However, the Dutch ‘keeper produced a superb save to keep Carroll’s effort out.

The result sees the Hammers in the top six while Newcastle are four places below, in 10th.