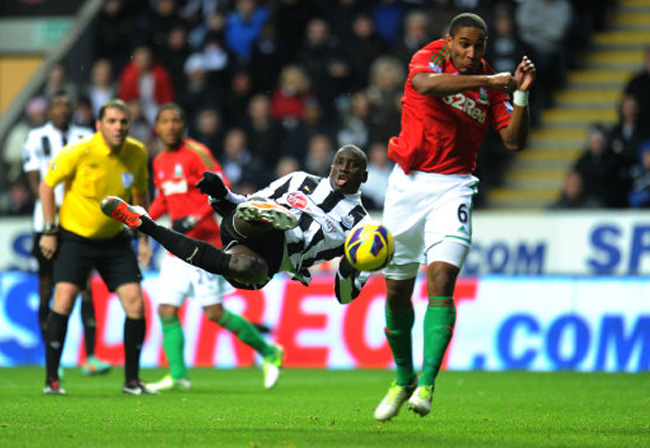 Swansea enjoyed only their second away win of the season at St James’ Park on Saturday in what was a rather decent 90 minutes of football. The home team were without Papiss Cissé who was not allowed play courtesy of FIFA’s five-day rule which was invoked by Senegal.

Both sides had chances to open the scoring in the first half, with Hatem Ben Arfa pulling the strings for the home side and both Pablo Hernandez and Michu going close for the Swans.

However, it took until the 58th minute for the deadlock to finally be broken, when Michu nodded home a Hernandez cross after TIm Krul had made a balls of a clearance. Michael Laudrup’s men then pushed for another goal and on 87 minutes it came, courtesy of a close-range effort from Jonathan De Guzman.

The Magpies did get one back at the death, when Demba Ba headed home, but it would prove nothing more than a consolation strike for the home team.

While the Swans now find themselves in 10th spot, Alan Pardew’s men drop to 12th, having won just one of their last 10 top tier clashes.

Did you place a bet on the game? If not, Ladbrokes would have been a good choice because they have some great football games to enjoy at half time, or during a quiet period of the game. Just to try them out.