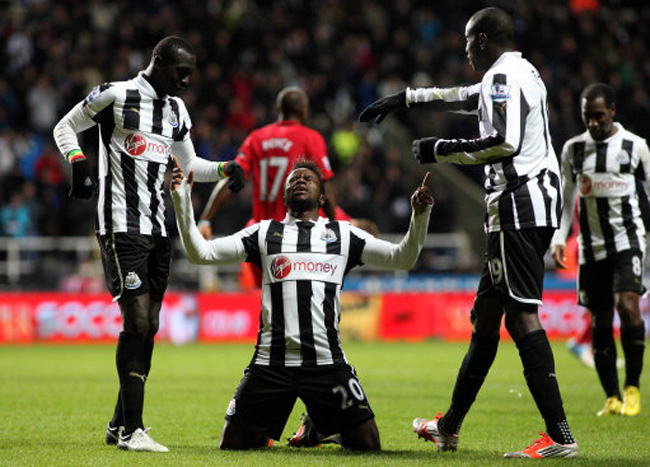 Alan Pardew’s Magpies returned to winning ways at St. James’ Park on Monday night, albeit after seeing their opponents go down to 10 men early on.

Defender Maynor Figueroa was the Wigan man to see red after just 12 minutes, when he brought down Papiss Cissé in the box. With Figueroa off for an early bath, Demba Ba fired home the spot-kick before doubling his side’s advantage on 21 minutes after  Ali Al-Habsi failed to adequately deal with a Davide Santon shot.

To their credit, the Latics did their best to get back into the game, putting together some decent passages of play. However, with 20 minutes to go, Gael Bigirimana netted his first-ever goal courtesy of a superb dipping effort. And that was that.

The result sees the Magpies move up to 14th while Roberto Martinez’s side find themselves 16th, just two points clear of the drop-zone.